A string of stars including Pharrell, Lady Gaga and Katy Perry have joined a petition aimed at sites like YouTube.

The petition demands that Congress reform the Digital Millenium Copyright Act (DMCA), saying it doesn’t enough to ensure artists can earn a living.

It comes after other signatories including Taylor Swift, Paul McCartney, and U2 were revealed earlier this week.

The petition, also signed by nineteen companies and organisations, says: “We are writing to express our concern about the ability of the next generation of creators to earn a living.

“The existing laws threaten the continued viability of songwriters and recording artists to survive from the creation of music.”

It goes on to say that they believe the DMCA is outdated and gives large tech companies like YouTube (which is not specifically mentioned) too much protection.

The DMCA allows sites to be given safe harbor from copyright lawsuits as long as they comply with takedown notices.

But the petition says: “It has allowed major tech companies to grow and generate huge profits by creating ease of use for consumers to carry almost every recorded song in history in their pocket via smartphone, while songwriters’ and artists’ earnings continue to diminish.” 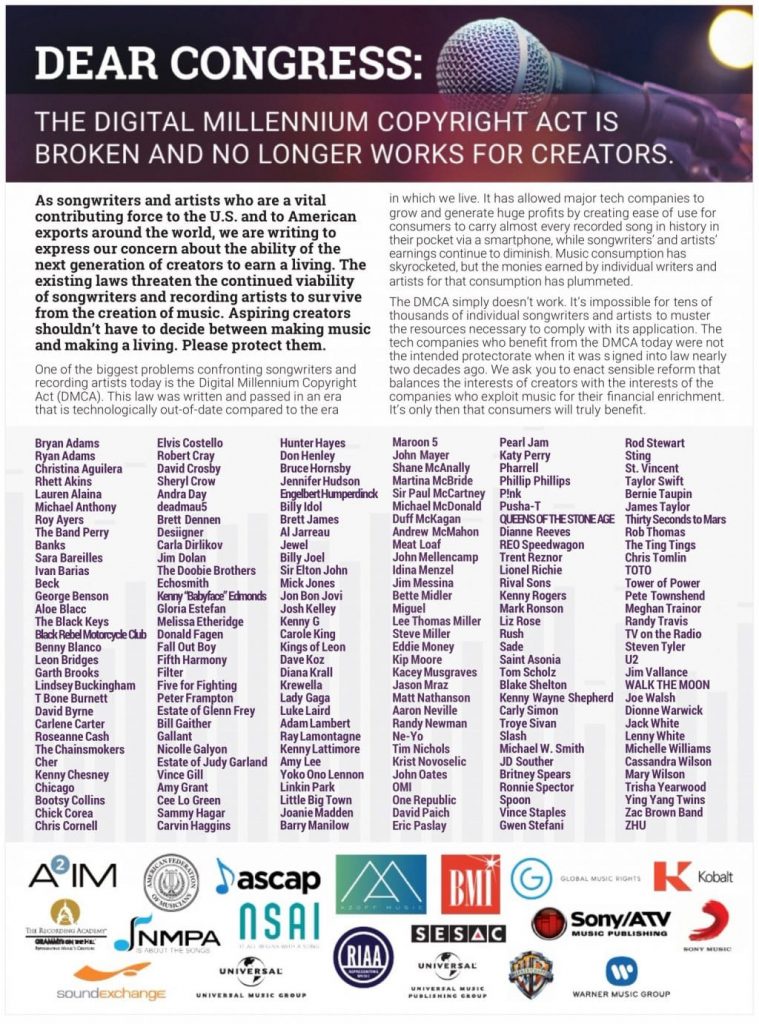