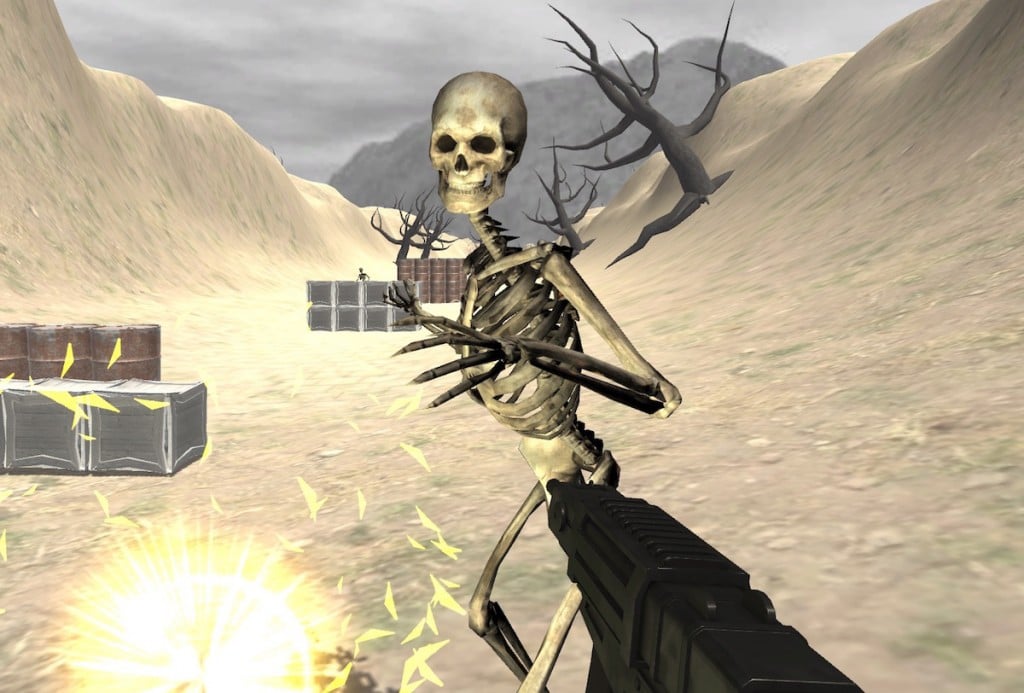 The game involves you moving through the Black Reef, a desolate corridor of horror filled with skeletons who want one thing and one thing only – for you to join the land of the undead.

You have to survive as long as possible as you try to take them out one by one using your high-powered machine gun.

But they’ll relentlessly try and take you down.

The game has five levels and you have to destroy all the skeletons in each level to get on to the next one.

While the first level is relatively sparsely populated, the later levels are filled with skeletons and are incredibly hard to complete.

Sound interesting? Follow the link above and give it a go.