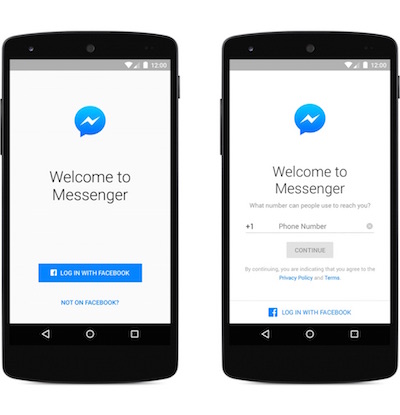 The change is being implemented in the US, Canada, Peru and Venezuela but if it proves successful other countries will likely follow suit soon.

It means Facebook users will also be able to use messenger on more than one account if they wanted to.

It comes after they bought WhatsApp for $22billion last October.

You will then have to enter the phone number with which you want to link the service.

It means people using pre-paid phones will also be able to sign up, adding a level of privacy to messaging.

After the initial log-in, you are able to add a name and photo and also have the option to sync the app to your contacts list so that you can automatically message anyone on your phone.

The firm hopes this will help lead to mass distribution of the app.

Related articles across the web