The terror attacks in Paris were the most Googled event of 2015 – by far – according to the internet search giant’s Year In Search.

There were more than 897 million searches on Google search, Google News, and YouTube, surrounding the events in November and the Charlie Hebdo attacks in January.

This is the 15th year that Google has presented its year in search, but it is by far the most comprehensive offering of results we’ve ever seen from it.

That’s thanks to the company passing responsibility for the project to Google News Lab, which was founded in the summer.

The result is a huge amount of interactive data, such as the 2015 timeline above. Click here to see a larger version.

Each major event has also been broken down into smaller, fascinating datasets. For example, it’s possible to see the top questions asked by people about Paris from both France itself and around the world.

For both, the No1 question was ‘What happened in Paris?’. The second, in France, was ‘Who were the terrorists?’ while worldwide it was ‘Why did ISIS attack Paris?’. There will be some fascinating studies into the psychology of it all to be done.

There are also some extremely interesting interactive visualisations to explore things like a timeline of how the world searched for the November Paris attacks, country by country, minute by minute.

Here is a static version of similar data, but for the Charlie Hebdo attacks. 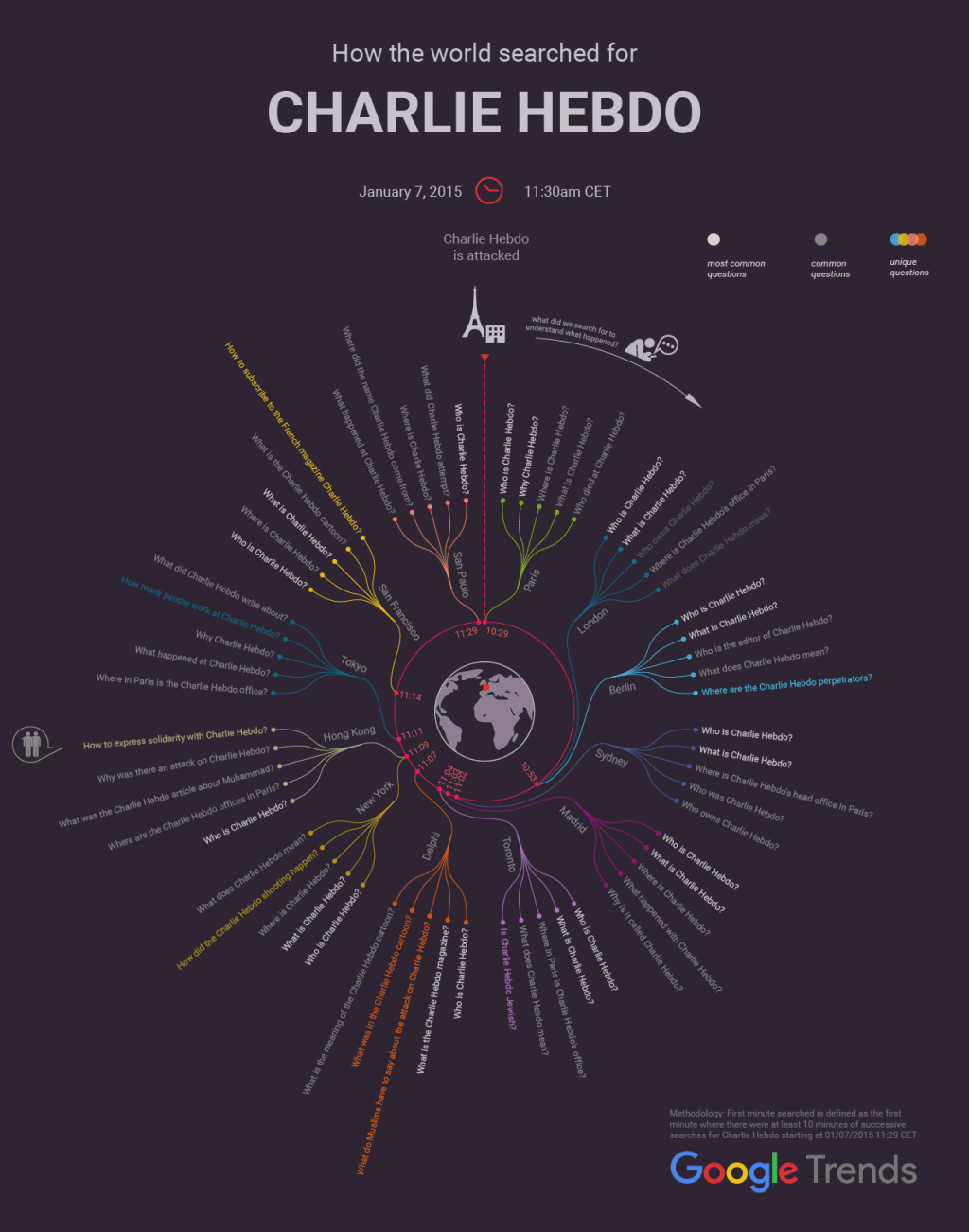 On a lighter note, the top question about Star Wars has been ‘What order should I watch Star Wars?’, while the second was ‘Who is Kylo Ren?’.

The pages devoted to each major search event also includes things like trending YouTube videos, and graphs showing the trends each search has followed over time.

This year the Google News Lab managed to do in-depths studies for 14 countries worldwide, but they hope to roll that out in coming years.

This first year project is a wonderful glimpse of what could be to come.